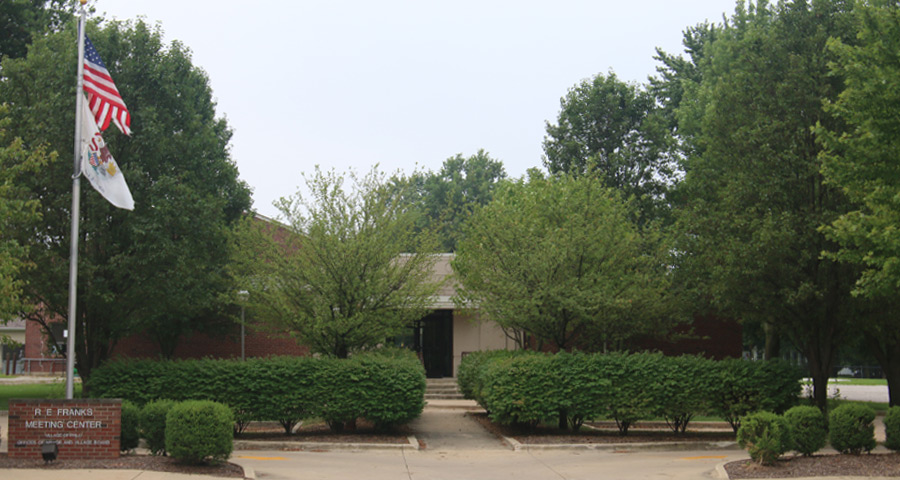 REGULAR MEETING OF THE BOARD OF TRUSTEES
VILLAGE OF PHILO, ILLINOIS
March 8, 2017

ACCOUNTS PAYABLE WARRANT: Trustee Steve Messman made a motion, seconded by Trustee Steve Sappenfield, to approve the payment of bills as presented, including the addition of payment to Menards in the amount of $27.93. Roll call vote; “aye’s” Trustees Messman, Sappenfield, Garrett and Brady. Motion passed unanimously.
JOHNNY MEHARRY: Johnny reported fighting and cursing of the employees in the home at the corner of Roosevelt and Kennedy Court. He tried talking to them and it doesn’t help. President Franks said he will call the manager about the caretakers. Johnny said he is trying to sell his home and doesn’t want the disturbances going on in his backyard. President Franks has had to call them regarding the number of cars on the property, which is now better, but he will now talk to them again.
DAVE LAKER: Dave L. reminded the Board of the upcoming referendum on April 4th regarding the Champaign County Nursing Home issues. He hopes people will keep it and support it, but it will be determined by voters.
VILLAGE ENGINEER: There were no pay requests. Nothing else on agenda for engineer.
VILLAGE ATTORNEY: Marc indicated we will be closing on the elevator property next week and he will send copies of the transaction before the next meeting.
VILLAGE MAINTENANCE: Dave Traxler reported there were no building permits. Everything is going good. He will be working on cleaning out catch basins and street holes patching. April 1st will be the next brush pick-up. Clean-Up Day will be April 22nd from 7 a.m. to noon. President Franks asked Dave T. to keep the Board abreast regarding the park bathrooms.
VILLAGE TREASURER: Rod was not present, but the financial reports were presented with no questions.
OLD BUSINESS: Building technology/Area Wide proposal subject was tabled. Trustee Sappenfield noted the switch was changed and Internet appears to be working better.

NEW BUSINESS: The REFMC report was presented, with no questions
Trustee Steve Messman made a motion, seconded by Trustee Rachael Garrett, to approve a $100.00 donation to St. Thomas’ Schumacher Shuffle event. Roll call vote; “aye’s” Trustees Messman, Sappenfield, Garrett and Brady. Motion passed unanimously.
MISCELLANEOUS DISCUSSION:
Trustee Brady-Paul asked about the number of machines for the former car wash. He is allowed five (5). He also asked about the bush issue in the alley. Attorney Miller indicated the Village can trim it as necessary. President Franks and Dave Traxler will have a look at it and talk to owner.
Trustee Garrett-Nothing
Clerk Kirby-Nothing
Trustee Sappenfield-Nothing
Trustee Messman-Nothing
President Franks-He will set up meeting with Trustees Mumma, Messman & Sappenfield and Village Treasurer regarding drainage and grants, etc.

MOTION TO ADJOURN: Trustee Brady made a motion to adjourn, seconded by Trustee Messman. Meeting adjourned at 7:15 p.m.